I will do what I want – Punished Bad rich girl Iraida (Tickling, foot worship and foot )

When we are living in a world where money always seems to be a problem in some kind of way, then you wouldn’t be so happy if you earn a lot of it but living with somebody that’s spending a LOT of it…

When the clips start Iraida is sitting talking to a friend of hers in the phone. He boyfriend has just picked up the mail and mumbles -“bills bills and bills…”
He opens one after another and gets angrier the more he opens. When he discovered the bill from Visa he gets enough. He yells -“Iraida can you come in here?!” She responds -“no I’m on the phone”. -“Get in here now!” She sights and asks if she can call her back and hungs up. She walks to him and asks what’s so important?
-“What’s this?”  he asks her. -“What?” she says. He tells her this bill and gives it to her, she looks at it and says -“Yeah so what?!” He says -“So what?? Have you seen this amount? 4500 dollar in one month!!! And you have spend it on clothes, hair, travels…”
-“Yeah what’s the problem?” she says. He throws bills in her face.
“I’m expensive and require a lot of money and if you have a problem with that well then it’s your problem, not mine!” And then she walks away. He stands there alone and says –“My problem it’s my problem yeah we will see about that bitch…”

When the clip continues she’s sitting in the sofa reading a magazine when ?? comes in and says -“I’m not giving you anything more it’s time for you to learn a lesson.” And then he attacks her she’s screaming and tries to beat him and they struggle around on the floor for a while but he is too strong for her. He twists her arms on her back and starts to push her forward.
-“We could do this the easy way or the hard way it’s up to you”. She tries to resist and struggles but he pushes her into a room a push her down to a bed and then make her rest.

When it continues Iraida is lying in a hogtie on the bed, she wakes up and starts to scream -“WTF am I tied up you idiot? Let me go or you will be sorry!” -“Oh I will be sorry” he says and starts to gag her with a big ballgag. When he has silenced her he says -“You know what Iraida? I’m so sick and tired of you, you spend all my money on everything and you don’t work at all. You can’t cook food. You are the worst useless girlfriend ever. And you never give me sex either. You know what today it’s my day and I will do what I want!” Then he starts to take off her boot and then he takes off the other boot. He looks at her colourfull beautiful socks and sniffs them, and then he slowly takes them off. -“You newer let me suck your toes so now I’ll do that!” Then he starts to worship those big feet of hers. And she hates it, that’s why she never lets him do that. She screams and struggles. He continues for a long time to worship her feet, and then he stops and tells her -“Wow that was amazing I hope that you loved it as much as I did! Now I want to try something new that I always wanted to do with you…”

When the clip continues Iraida is lying on her stomach her hands are tightly behind her back, and her feet is between a bar tightly tied together and tied to the bed and her big toes is also tied together. He comes into the room and Iraida screams -“WTF are you doing you sick freak! We’re done!” -“Oh, you are breaking up with me no I don’t think so bitch” and then he gags her again. Then he gets a whip and a flogger then he starts to spank her nude ass and soles hard. He continues to spank her ass and soles switching between the whip and flogger, sometimes he takes a short break and let her rest but during that time he sucks her toes and then continues to spank her. After a long time, he stops and leaves her…

When the clip continues she is hogtied again but also her big toes are tied together. He comes in the room, and he asks -“So have you learned anything yet?” She says -“Yes that you are a sick freak.” He gets angry and gags her again -“Ok then I will to try harder” he says and then he starts to tickle her big feet. She screams and laughs. After a long time, he stops and takes off the gag she begs him to stop.
-“I will do anything!” she says, he says -“Anything?” She says -“Yes anything!” -“Ok” then he says, -“Ok when I come home from work tonight I want you to be out of this place I’m leaving, you understand? And I’ll keep all the things that you have bought from my money! Understand?” She nods and says ok, -“Good!” he says -“Then there is only one thing more to do. I’m going to worship your big feet one last time bitch” and then he gags her again.
She screams Nooooo and then he starts to worship those big feet one last time. After a while, he stops and says -“Good luck in the future” and leaves the room… 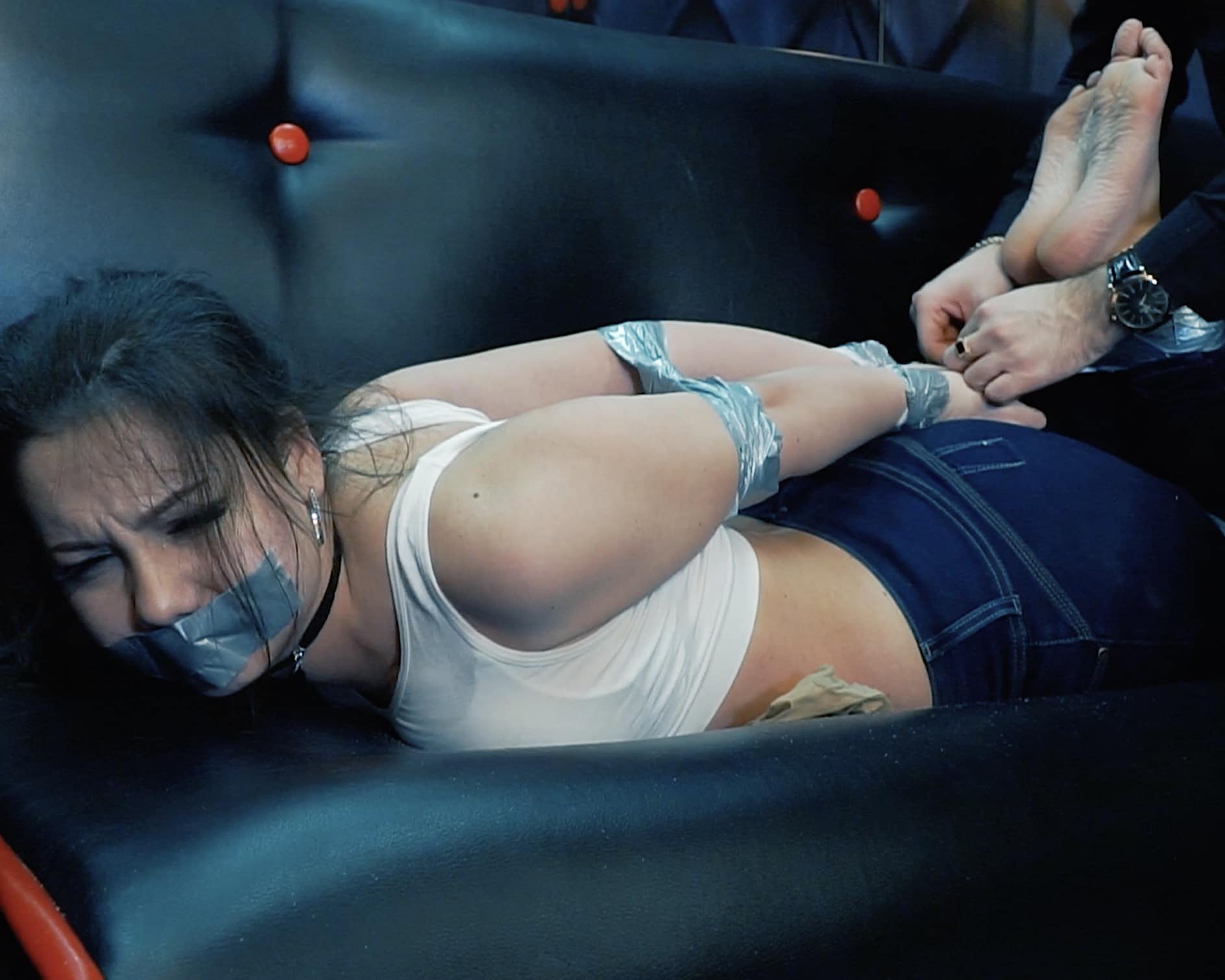 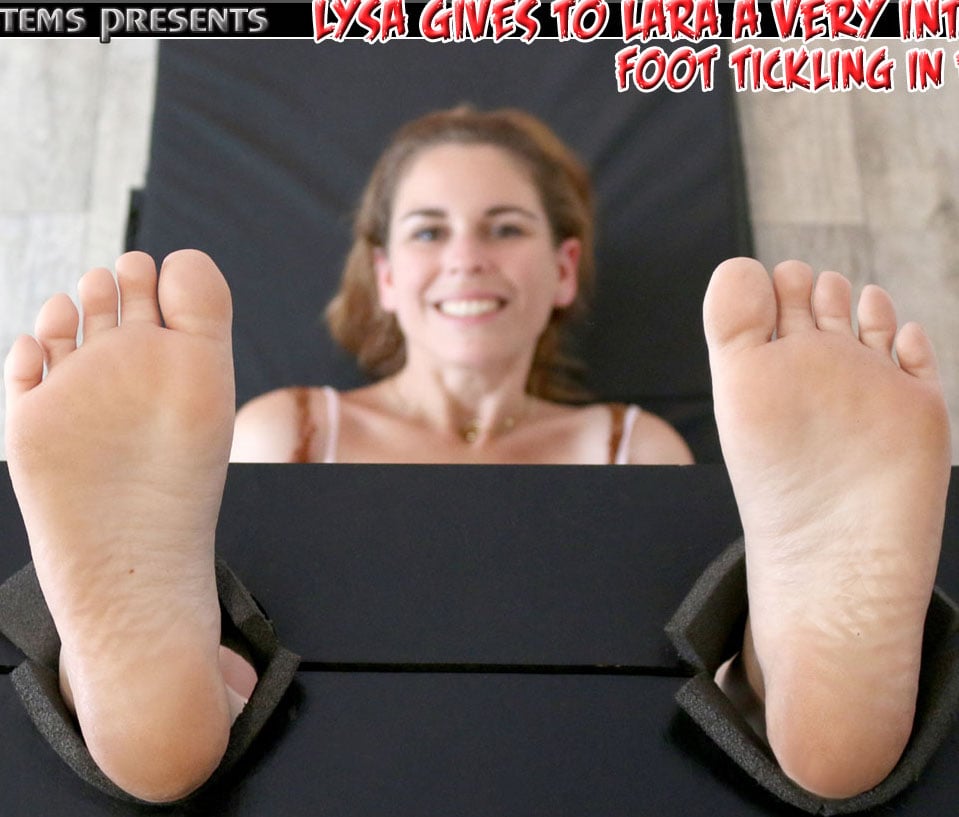 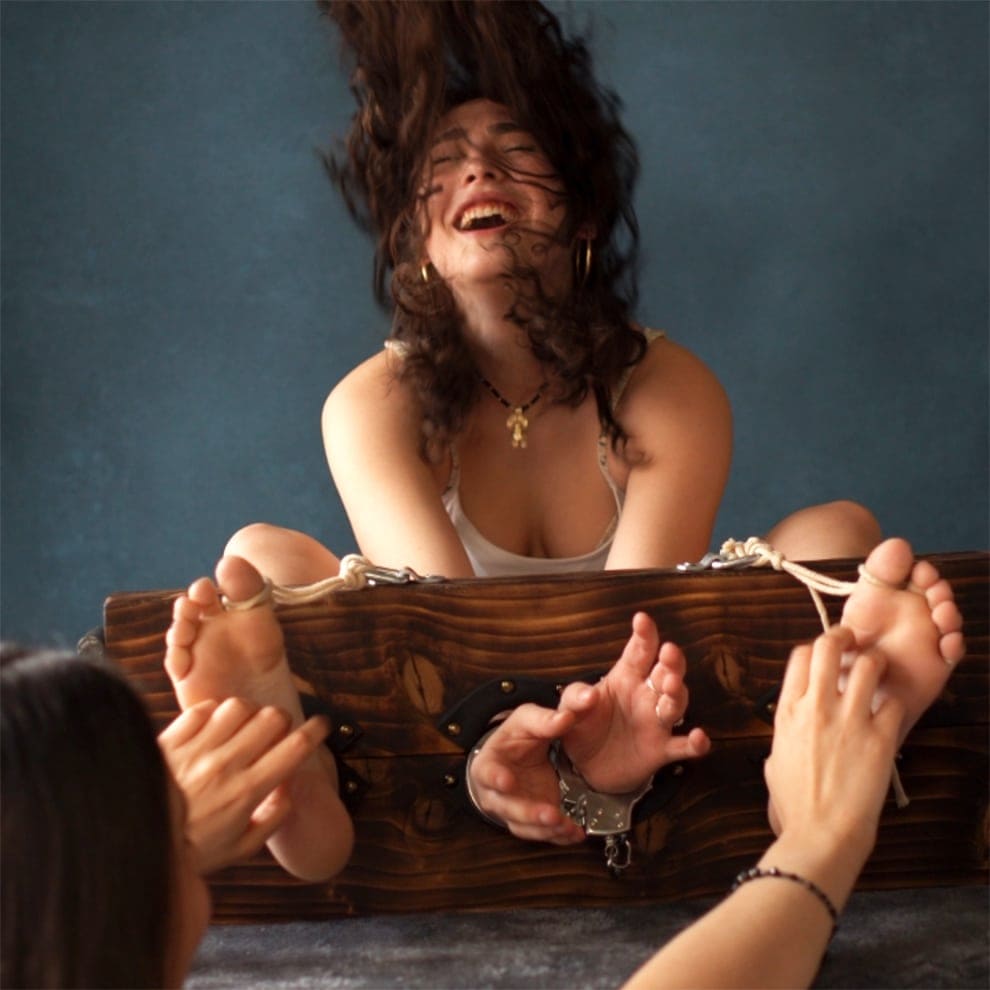 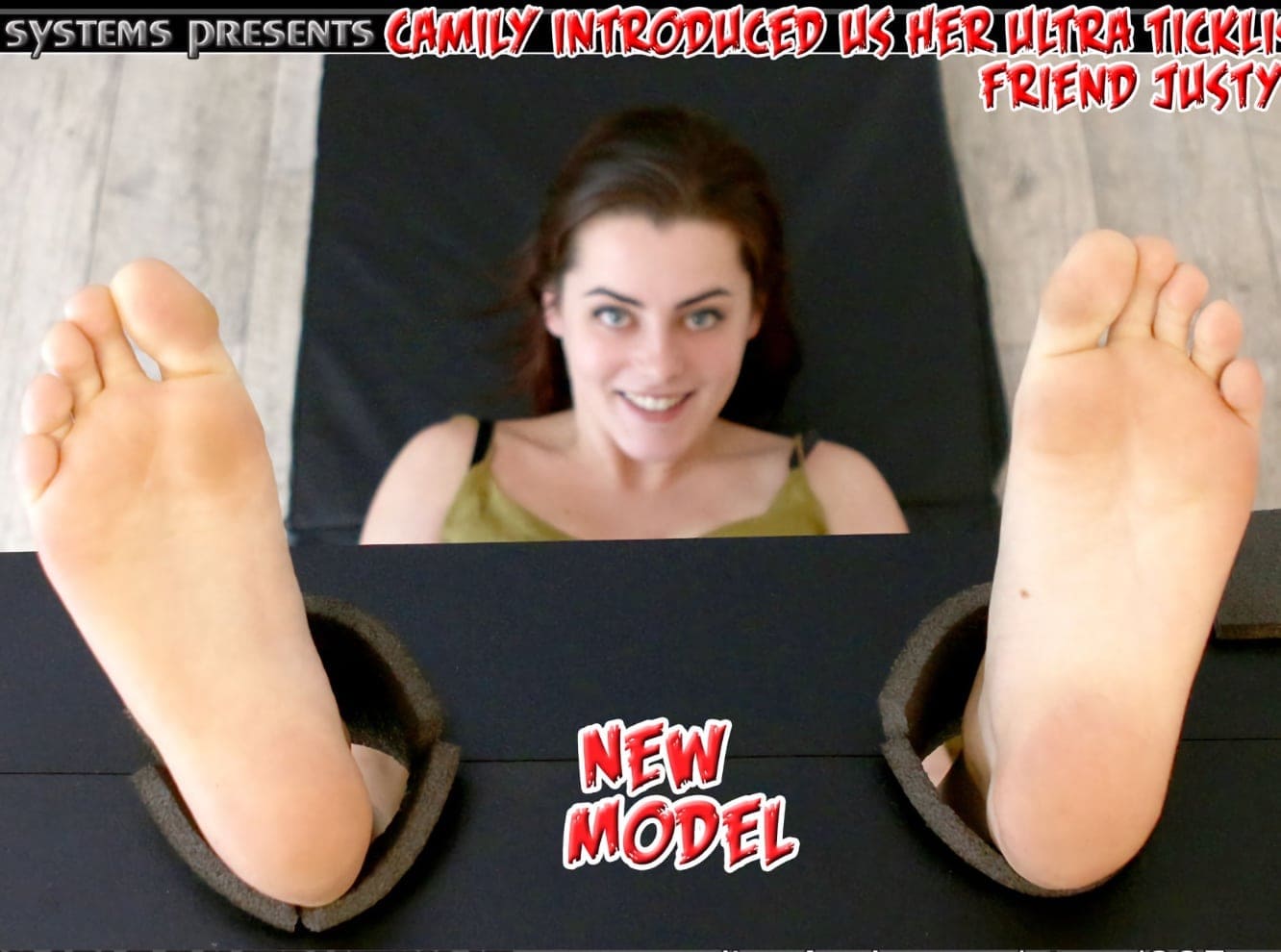