This is a custom video, it was made based on the script from our customer.
Almost an hour length fetish film (with English subtitles) for bondage and tickling fans, including bondage in action, toe-ties and beautiful girls’ feet.

Details and features: Tying on screen with a rope, big toes tied by a very thin long string. All toes tied. Hogtie, breast-roping and gagging (tape gag and ball gag).

Story:
Dubious detective Esenya (barefoot) is sitting on the sofa waiting for her associate Kate so they could decide about the money which they took from the wrong people. Knocking at the door.
– “I’m coming!” Opens the door. No Kate, goes down the staircase to check no one. Goes back closes door, gets overtaken by a masked man.

Esenya is already tied a chair, tied legs on another chair when he ties her feet and asks her about the money but she plays the innocent. He ball-gages her, ties her wriggling dirty big toes together with a very thin long string. Esenya gets nervous as she sees the feather. He starts to tickle her, still a little much wriggling so he adds another string from her tied toes to the chair. Later he lubricates her soles properly with oil and tickle her feet more. She still doesn´t give up so he tells her that he will leave her to get some more ropes.

Little later at the door, Kate hears some mumbling from inside, she takes of the heels, enters when she sees the tied up Esenya. Gag off, she tells her that she was overtaken by a masked man, who left, unfortunately Esenya can’t tell more since Kate puts the ball-gag back in her mouth. Kate tell her that she always liked to tie her up once like this, Esenya rolls her eyes. Kate sees the thin string under the chair and starts to tie every single toe from Esenya. Esenya on the other hand is perplexed and wriggles like hell since she couldn’t tell Kate that he’s coming back. Kate tickles her soles with her fingers and feather, enjoys it compared to Esenya when Kate suddenly gets surprised by the masked man from behind.

Beside Esenya, Kate lies already tied onto the bench and has tied hands and legs, he ties her feet and asks now her about the money.
– “What are you talking about, we are detectives!!!” He ball-gages her, hogties her, ties also her wriggling big toes together.
– “You did a nice work with her feet, Kate!” He starts to tickle Kate or Esenya but they still don’t give up. He starts to put some matches between Esenya’s toes and threatens to light them, Kate finally gives up and tells him where they have hidden the money. He starts to untie Esenaya’s toes.

Kate and Esenya already tied onto the bench are each kneeling at the end so their feet are hanging over the bench, ties Esenya’s big toes together then adds a long thin string from her under the bench to Kate’s tied toes. He tickles their feet and leaves them alone looking for the money.

They were able to get free and have the idea to surprise and overtake him. When he’s back they attack the masked man from behind. They are able to put him down on the floor but they can’t reach his so they run off, barefoot down the staircase trying to get out but he can catch one at the last minute and so booth with their hands up back, up the stairs.

Esenya is furious, he asks her if she would like if he would that to Kate too. Esenya looks at her and nods with her head. Kate makes big eyes. He also ties all her toes together, adds a sting from her tied toes to her arms. He tickles her soles, tells them that if he should have to visit them again then there would be no “fun” and leaves them for the final struggling. 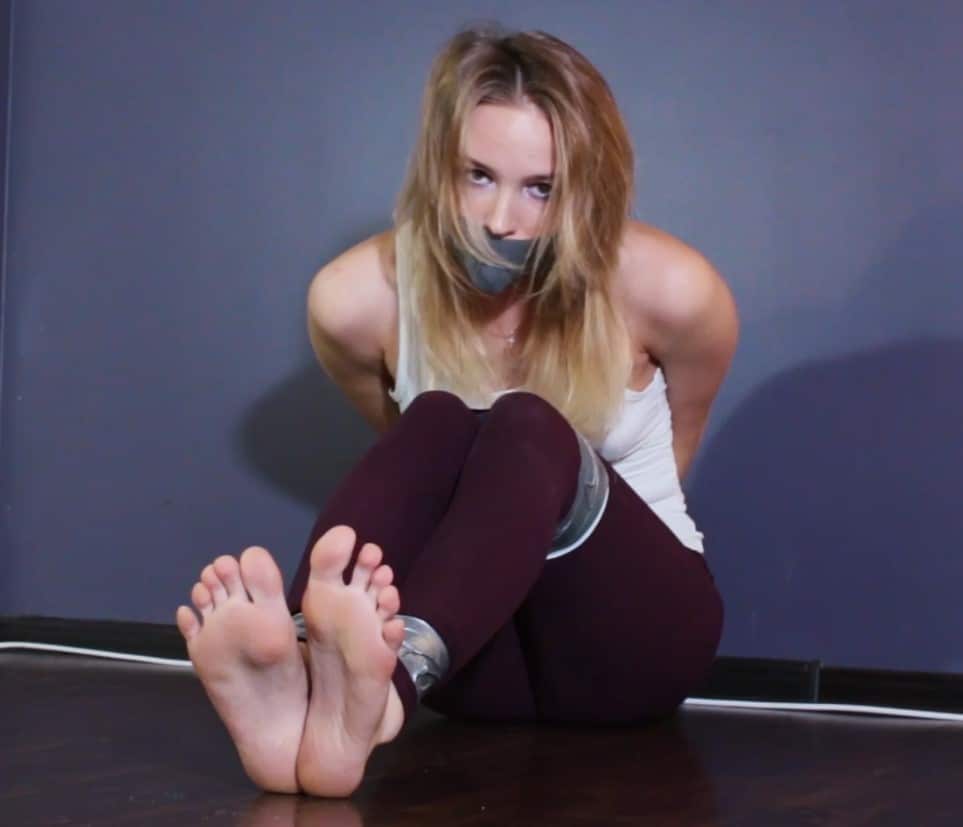 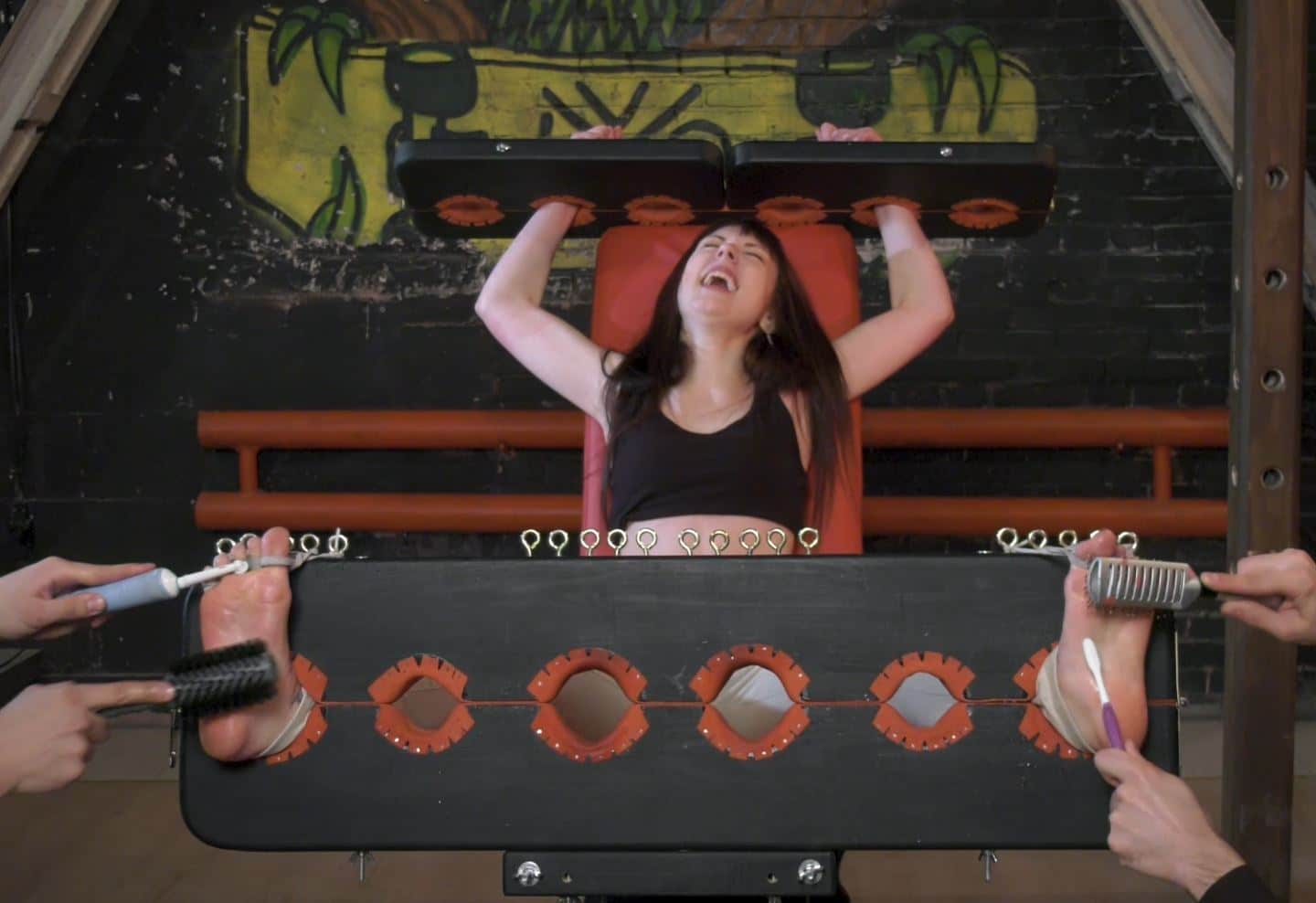 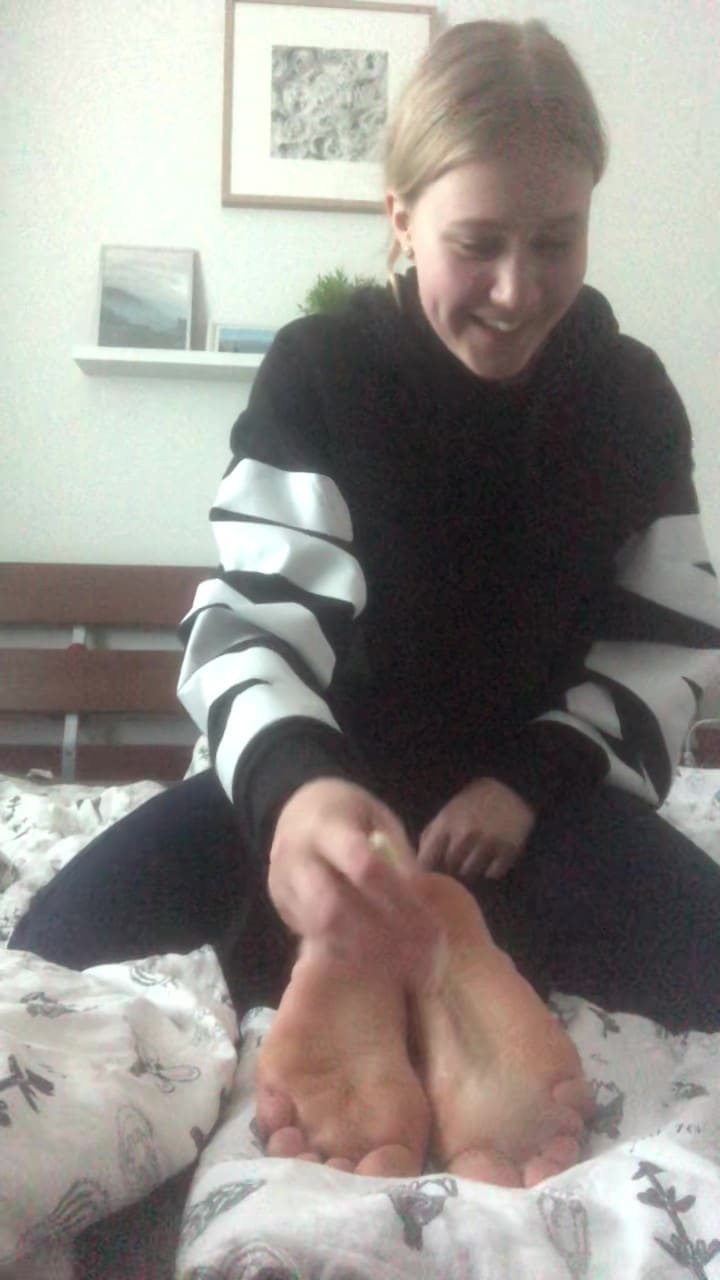 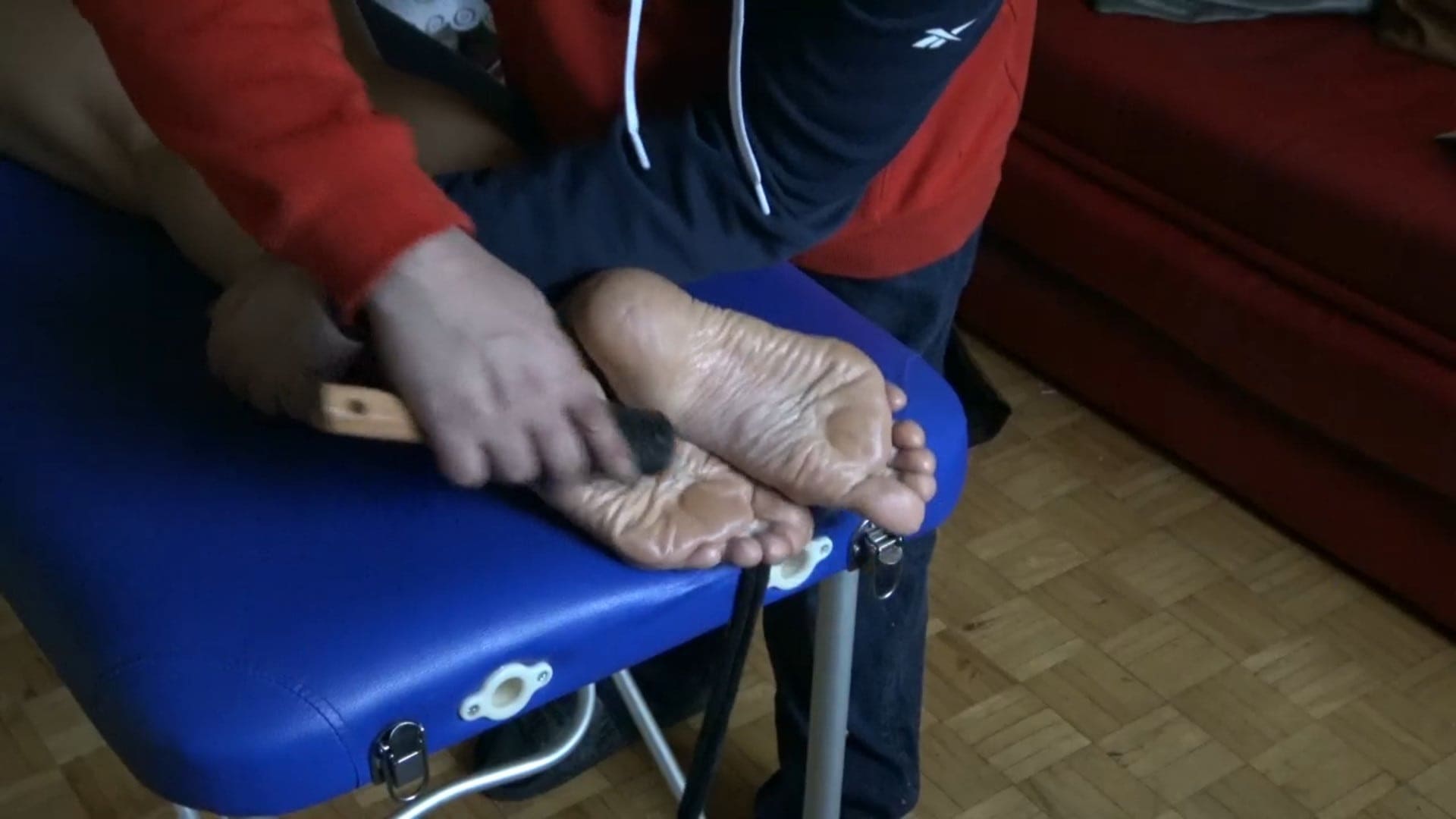 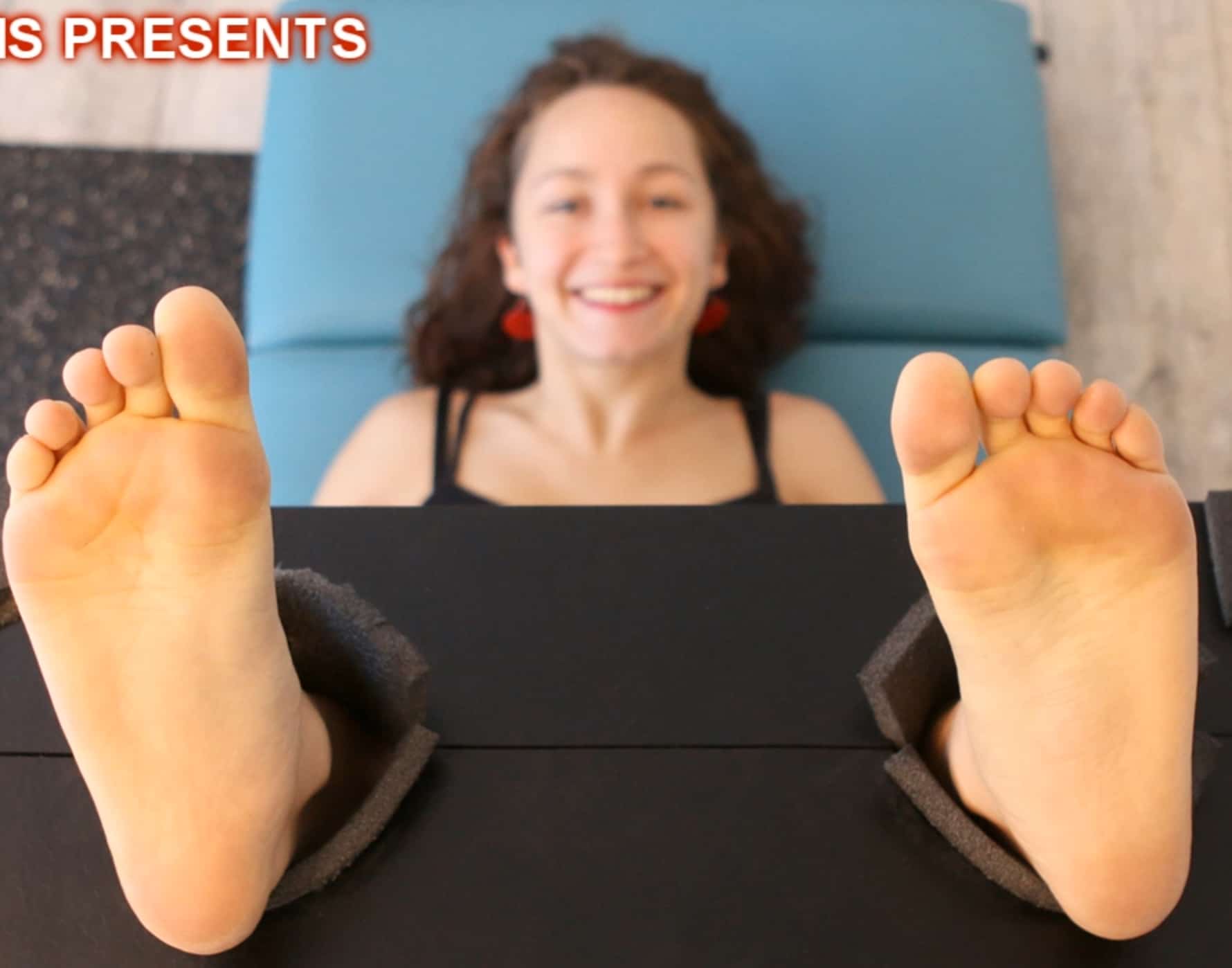