Alla followed Ada for a long time and when Ada was going home, Alla followed her. Choosing a short cut, she got ahead of Ada and took her by surprise when Ada was at the apartment. “Shh, don’t make a noise!” – Alla led Ada under her arms, covering her mouth with her palm.

Then she laid Ada on a table and took off her jacket. Ada was shocked… Meanwhile, Alla gagged her mouth with tape and tied her knees and ankles, as well as her hands, and finally, put her in a hogtie. Alla got ready to enjoy Ada’s magnificent feet by removing her sneakers and socks.
Ada had a great red pedicure and Alla was pleased that she finally got the feet of this beauty. She savored and tickled Ada’s feet and her sides before starting to lick them. And then she did it at the same time. Alla began to kiss and lick Ada’s feet, although the girl protested. Then she took the whipped cream, shook them and put them on Ada’s feet to sexually lick all the cream from her toes and feet.

Then she decided to add chocolate cream to her victim’s feet in order to enjoy her big beautiful feet and toes again. After the foot worship, Alla turned Ada on her side and began to tickle her tummy and waist – Ada was already without the gag and was laughing.
In conclusion, Alla took a pen and began to write on Ada’s soles: “Your feet are amazing”. She was tickling Ada’s ticklish soles with a pen. After that, Alla left Ada alone. 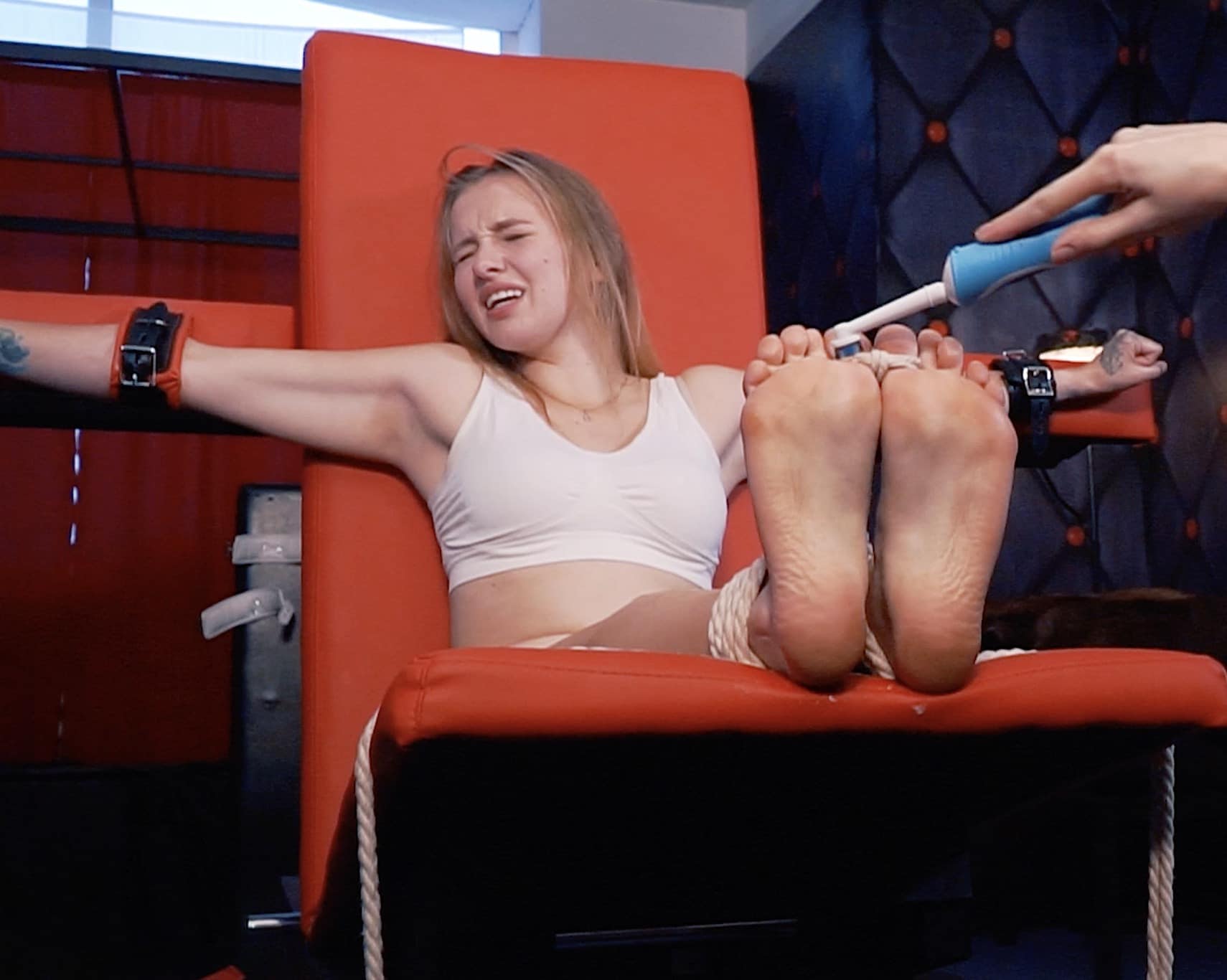 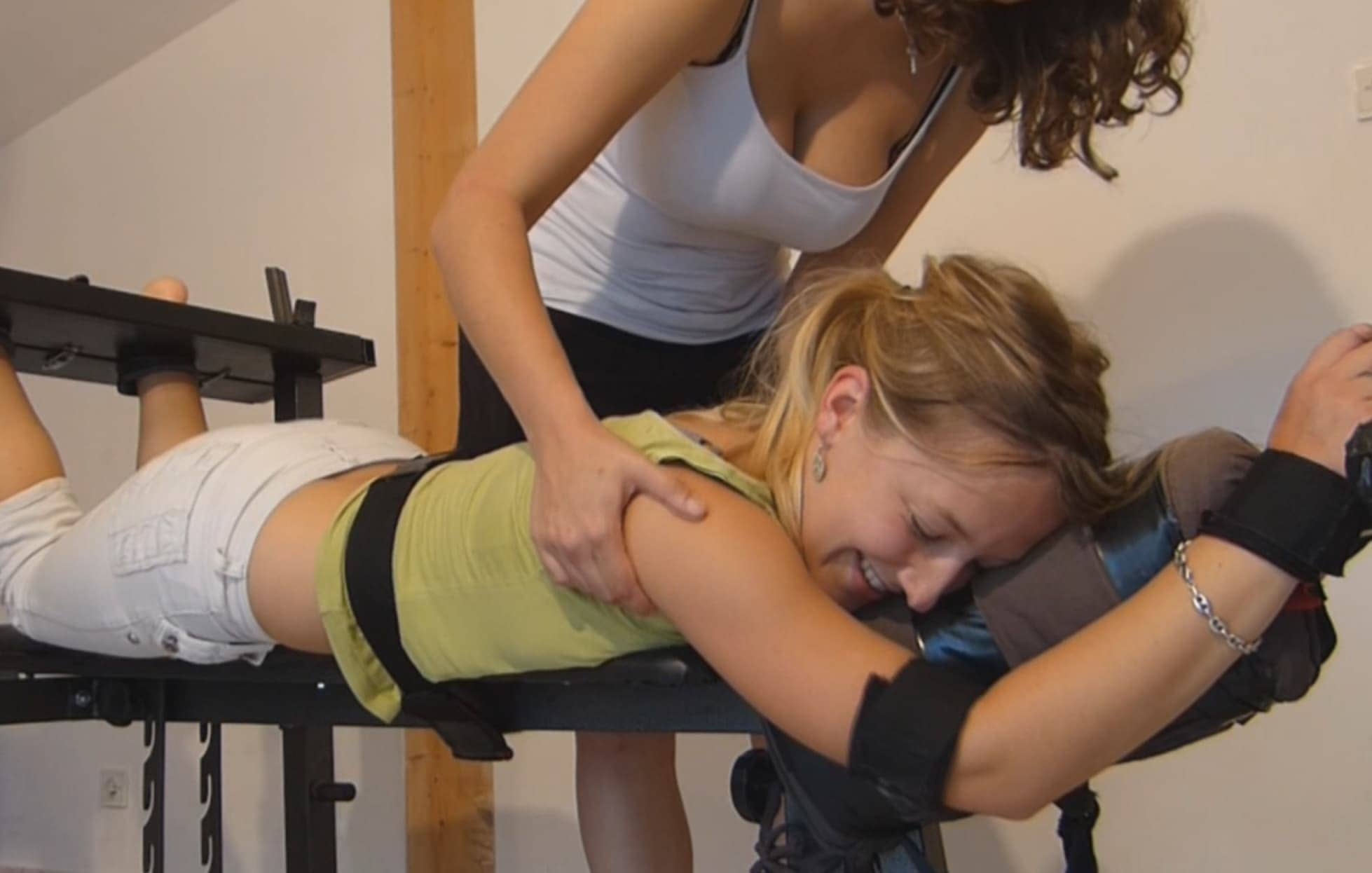 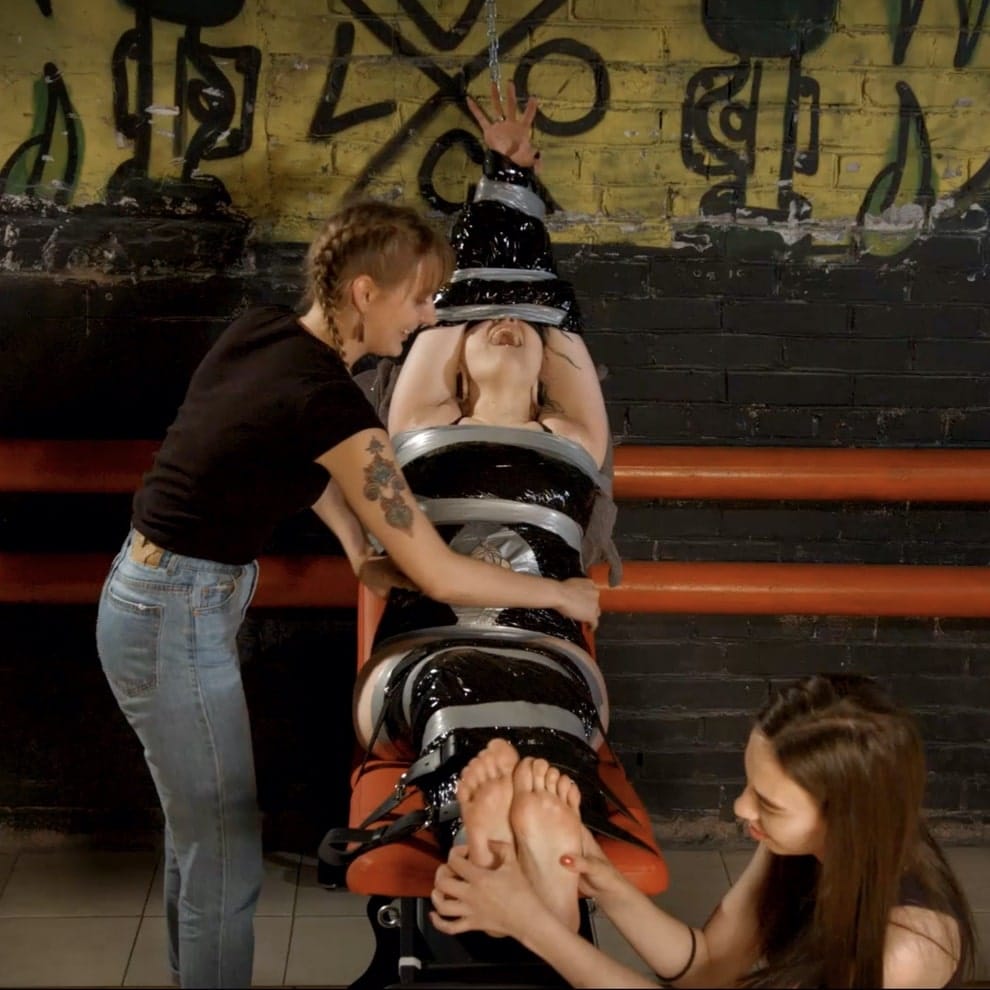 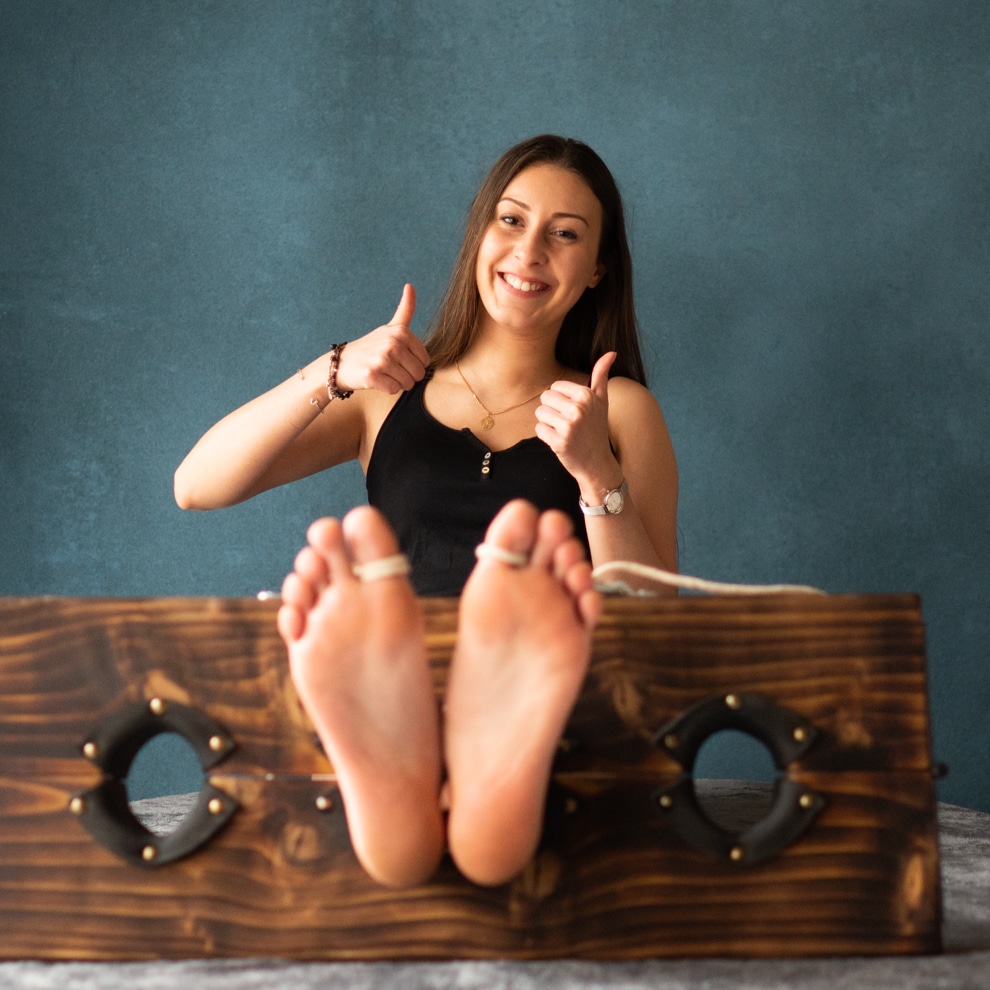 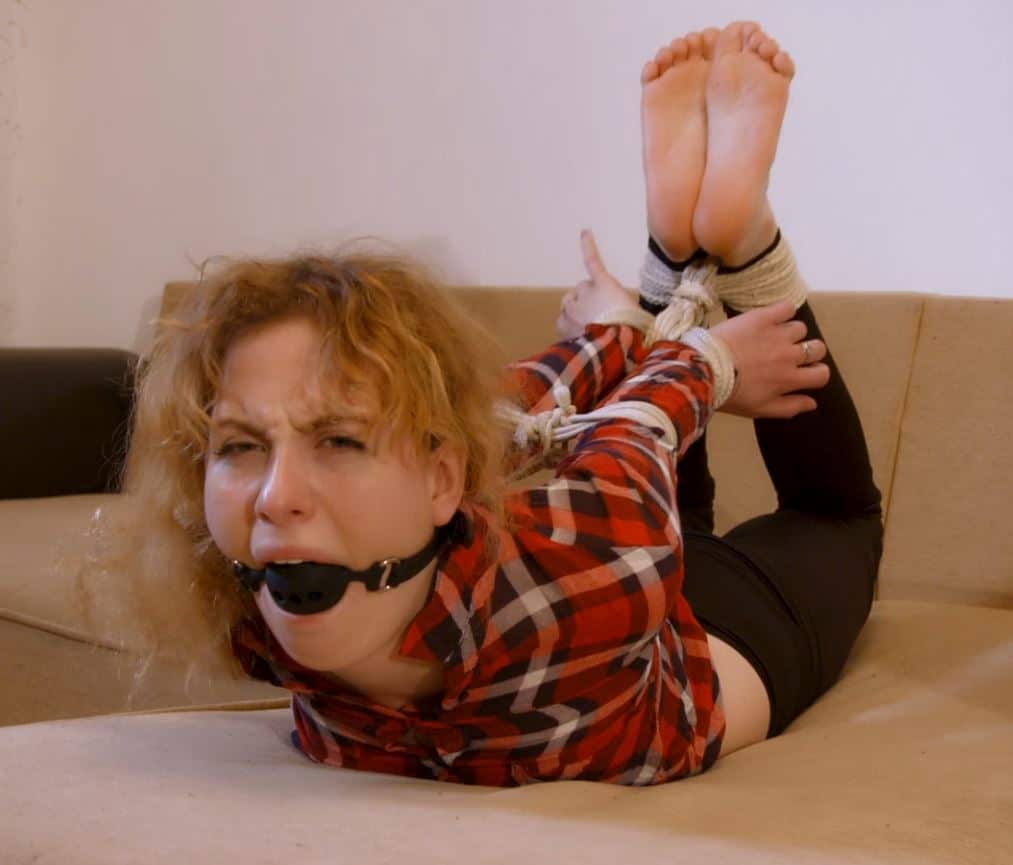