Kristy got lost alone in the woods and doesn’t know what to do. The wind howls and rain begins. She walks along a wet path and doesn’t suspect that she has turned towards monsters.
Two monsters roam the woods searching for food and fun. The elder monster led the younger humpback – they are upset that no one is caught by them for the whole day…
Finally, they smelled a – the most delicious meal for them. The older monster finds the trace and they move on.
The humpback is so hungry. He finds an apple and tries to bite it off as the elder orders him to keep silent and follow him.
Finally, they see Kristy and lay low. Waiting for her to go further, the monsters begin to run after her – Kristy ran off without realizing what’s going on.
She stumbles and falls – at that moment the monsters caught up with her. They are happy that they now they will have so much fun, they love to tickle girls bodies and lick their delicious feet before they eat them.

They tie Kristy’s hands to a tree and start tickling with their nasty hands – Kristy is very ticklish and she’s laughing, and the young hunchback starts to take her boots off and gets close to her feet. He takes her sock off and bites her toes with his nasty mouth and tickles her feet while the older one tickles Kristy’s body.
Finally, they tie her up and drag her into their lair. When they come to the lair, they put Kristy on a victims’ table and start undressing her to her underwear. Now they her and tickle her, and to be more comfortable, they tie her hands up. The young hunchback wants to lick her feet again, but the older one doesn’t let him do that now. They tickle Kristy and bite her body. She squeals a lot, and then the older one goes to get a gag for her mouth, and the younger one starts to take Kristy’s boots off. But he gets stopped by the older step-brother.
Again, the monsters are Kristy with their claws, and she moans and wriggles.

The older monster takes Kristy’s boots off and calls the younger one to bite and lick her feet. When both feet are exposed hunchback clings her feet greedily and begins tickling her between the toes with his awful tongue. Kristy’s feet have never been tickled like that before and it drives her crazy. It lasted for a long time until Kristy’s feet became shining with disgusting drools.
After that, they put Kristy down to her sides and belly again.
Another surprise awaits her ahead – they drag Kristy to the wall and chain her to it. In this position, they again enjoy the tickling of her body and the younger one licks Kristy’s foot. After a long torment, they decide to call the other brothers to eat her. Kristy tries to get out, but what’s going to happen next is unknown.. 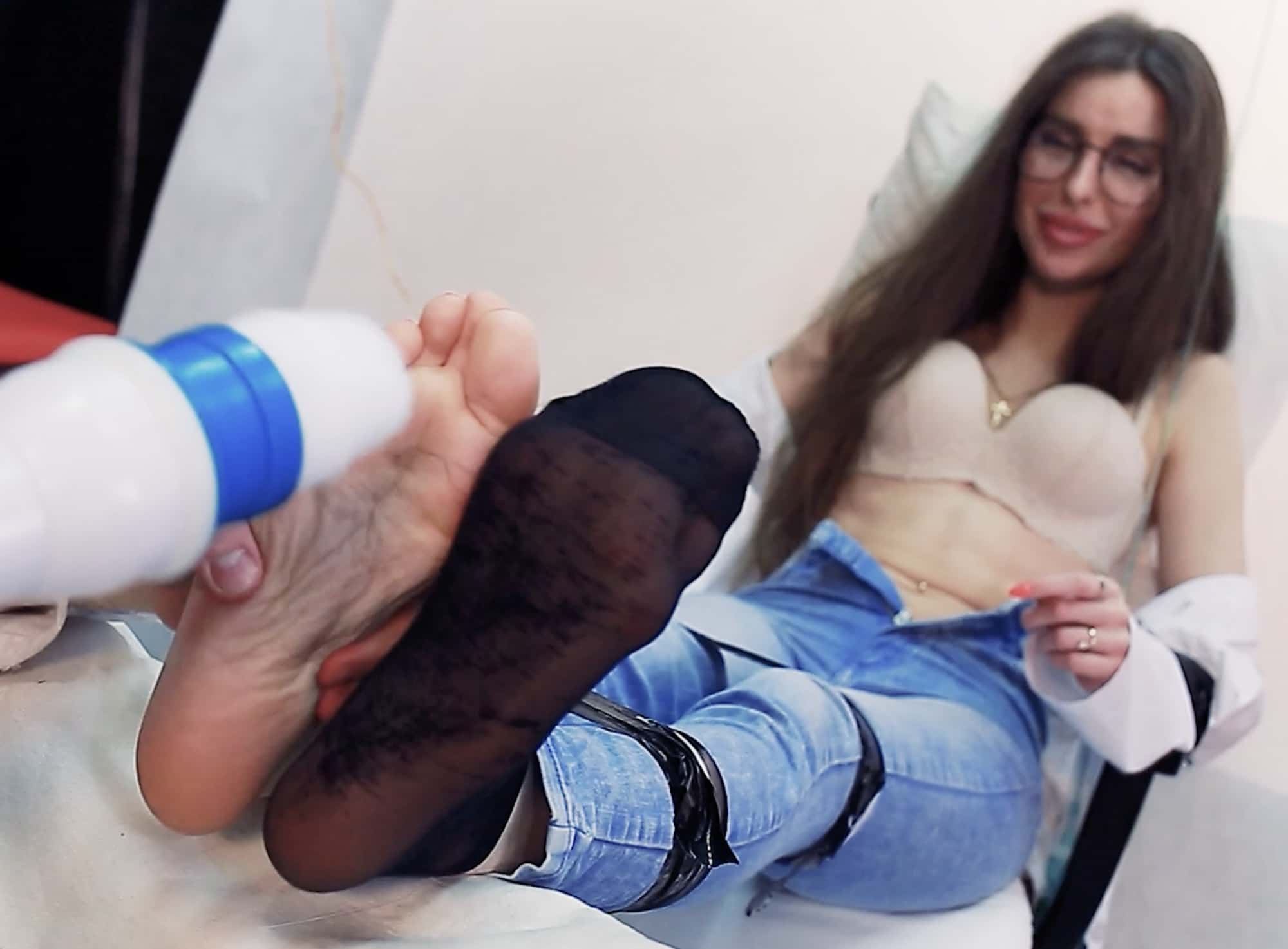 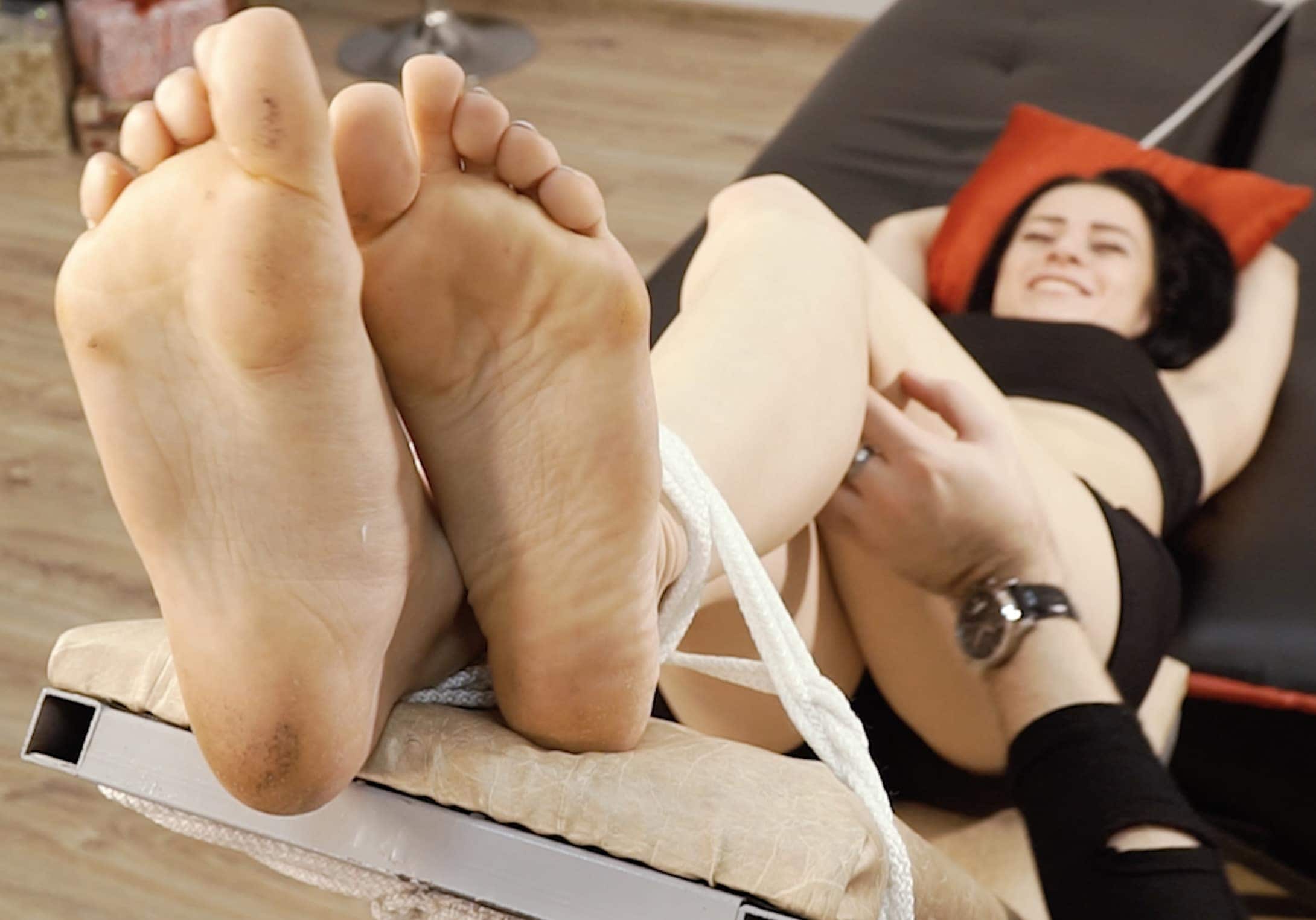 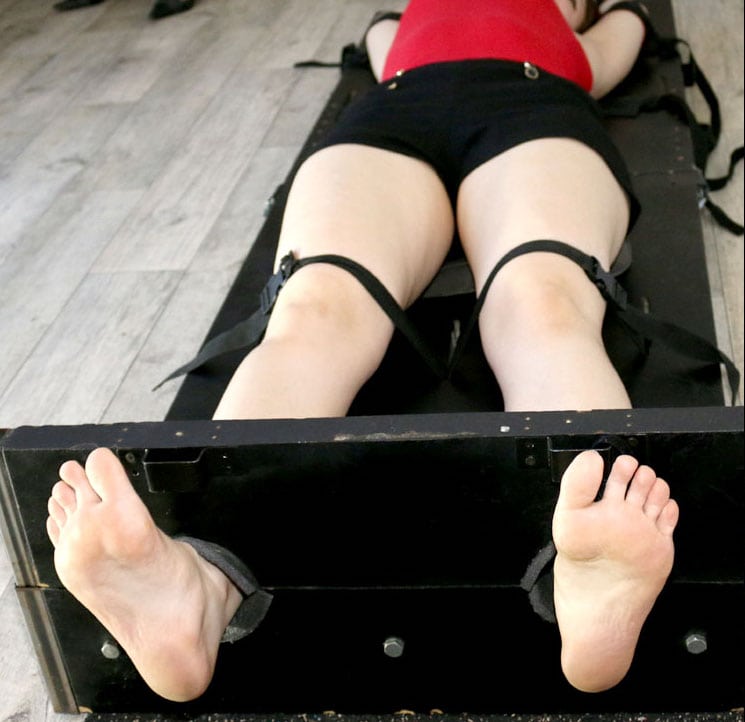 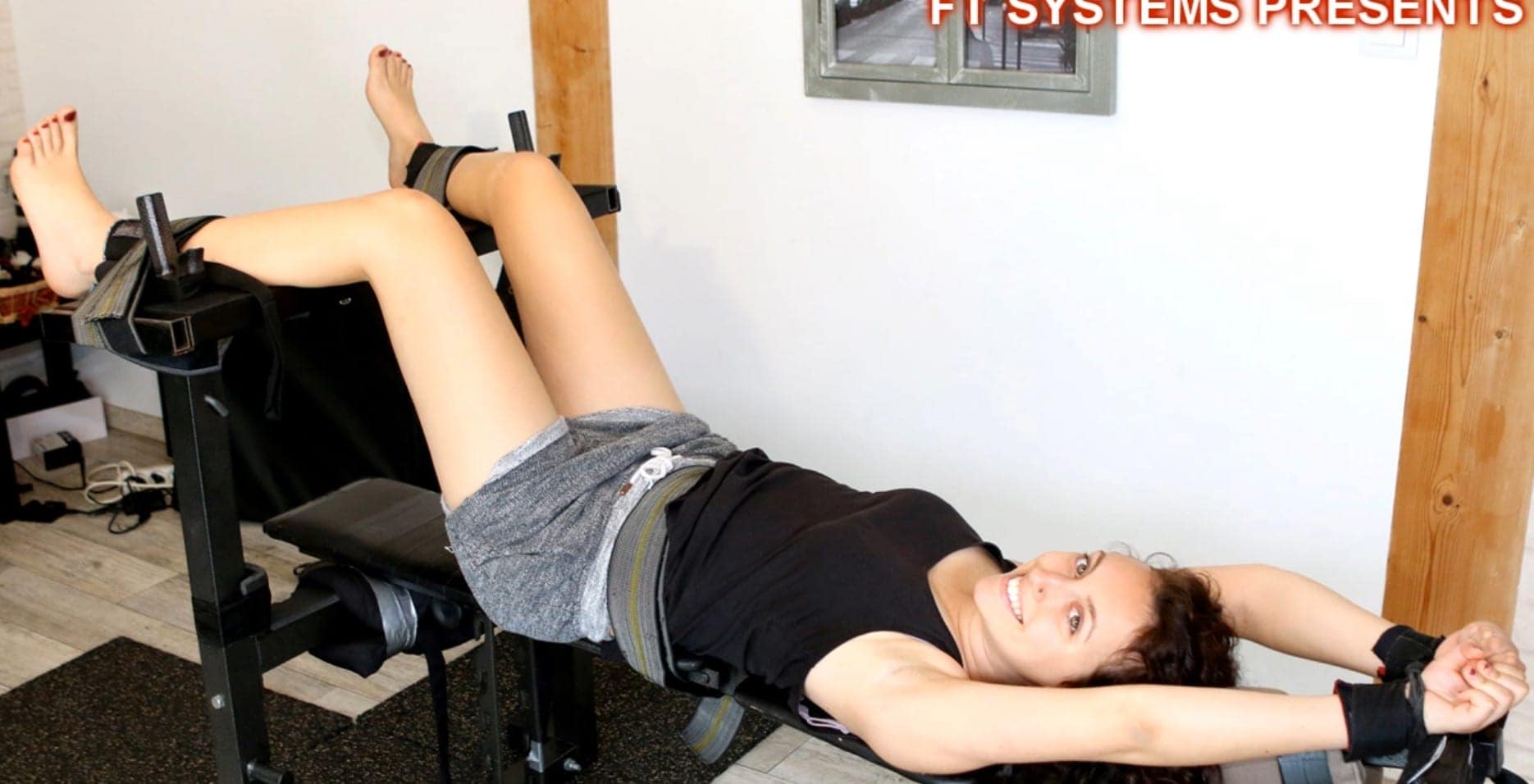 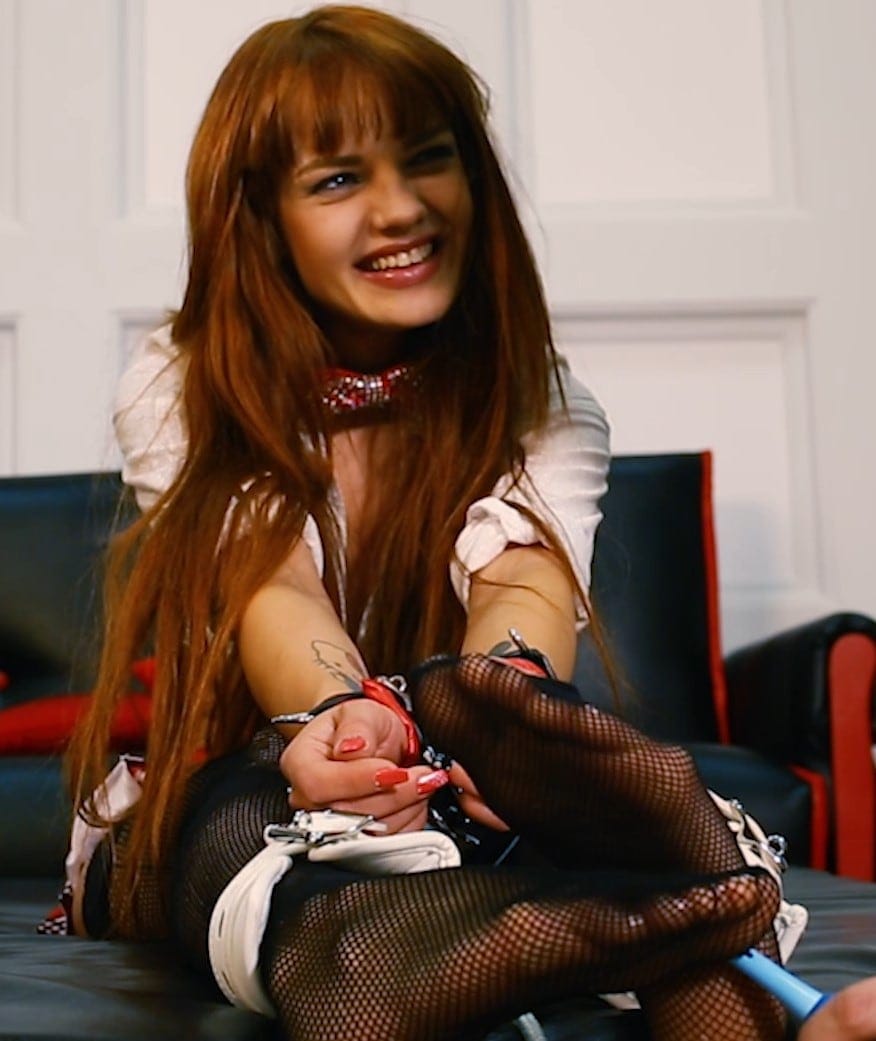