Rose is a witness to a crime that is going to testify against a gang the next day. She has been captured by two masked gang members that have been instructed to torture her without leaving any visible marks but enough to make her change her mind. She is wearing white pants or shorts and a tight shirt with a bra underneath and her belly button ring in.
The video starts with her being carried into the torture room with her hands and feet tied together in a hogtie and put on the ground. They explain to her what is going to happen and that they are going to torture her belly until they are convinced she won’t talk.

She tries to turn away from them but they hold her still while one guy reaches under her shirt and rubs her stomach. They then begin aggressively tickling her holding her sideways and on her back stretching her out so they can both tickle her. One of them even picks her up around her stomach into his lap and tickles her from there.

The two men untie her hands from her feet and lay her on her back and stretch her out with her arms straight above her head and her legs straight out so she’s completely vulnerable. One of them sits on her arms pinning her arms down and the other sits on her legs. She is frightened and tries to squirm away but is pinned down.

The next scene she is bent in a backbend over a table with her arms and legs tied either together or to something so her belly is stretched out and vulnerable. They raise her shirt up again and They start by slapping her stomach to scare her since she can’t see what is coming and they start tormenting her belly at the same time. This time they mix in raspberries and biting her exposed belly. The whole time she begs them to stop.

The last scene she is tied to a bench with her arms straight above her and her legs tied down over the edge so she still has a slight back arch. She is covered with a sheet or blanket. They tickle her with the sheet on tormenting her because she can’t see what’s coming. They roll the sheet up and her shirt up so her belly is exposed but the sheet is still covering her face.

They torment her belly some more massaging and slapping it also rubbing oil to increase the effect of their tickling. They remove the blanket completely so she can see and they continue double team tickling her stomach. Then one of them takes Rose‘s big bare feet and lubricates them with oil and tickles all over her soles with fingers and a massager. 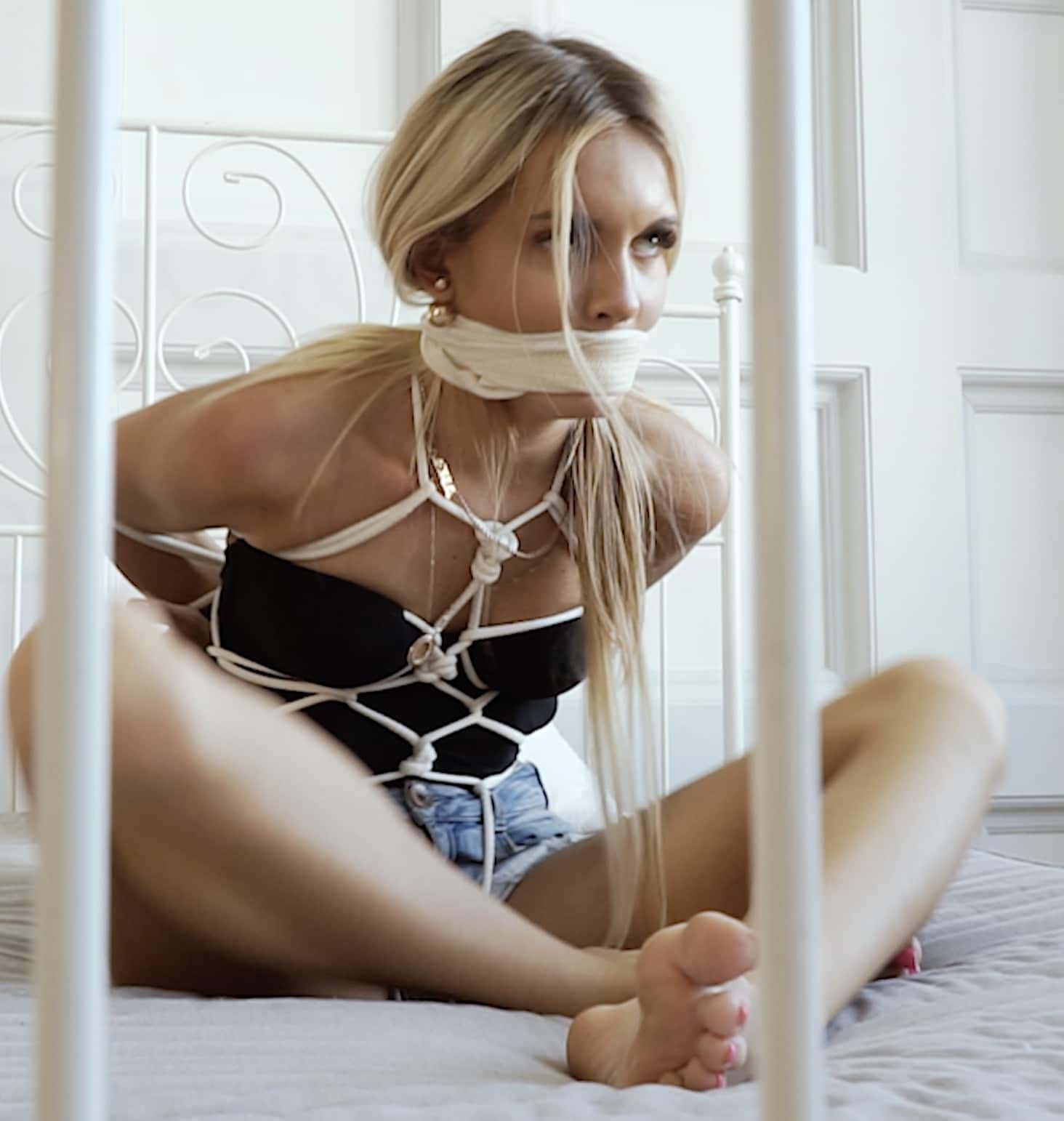 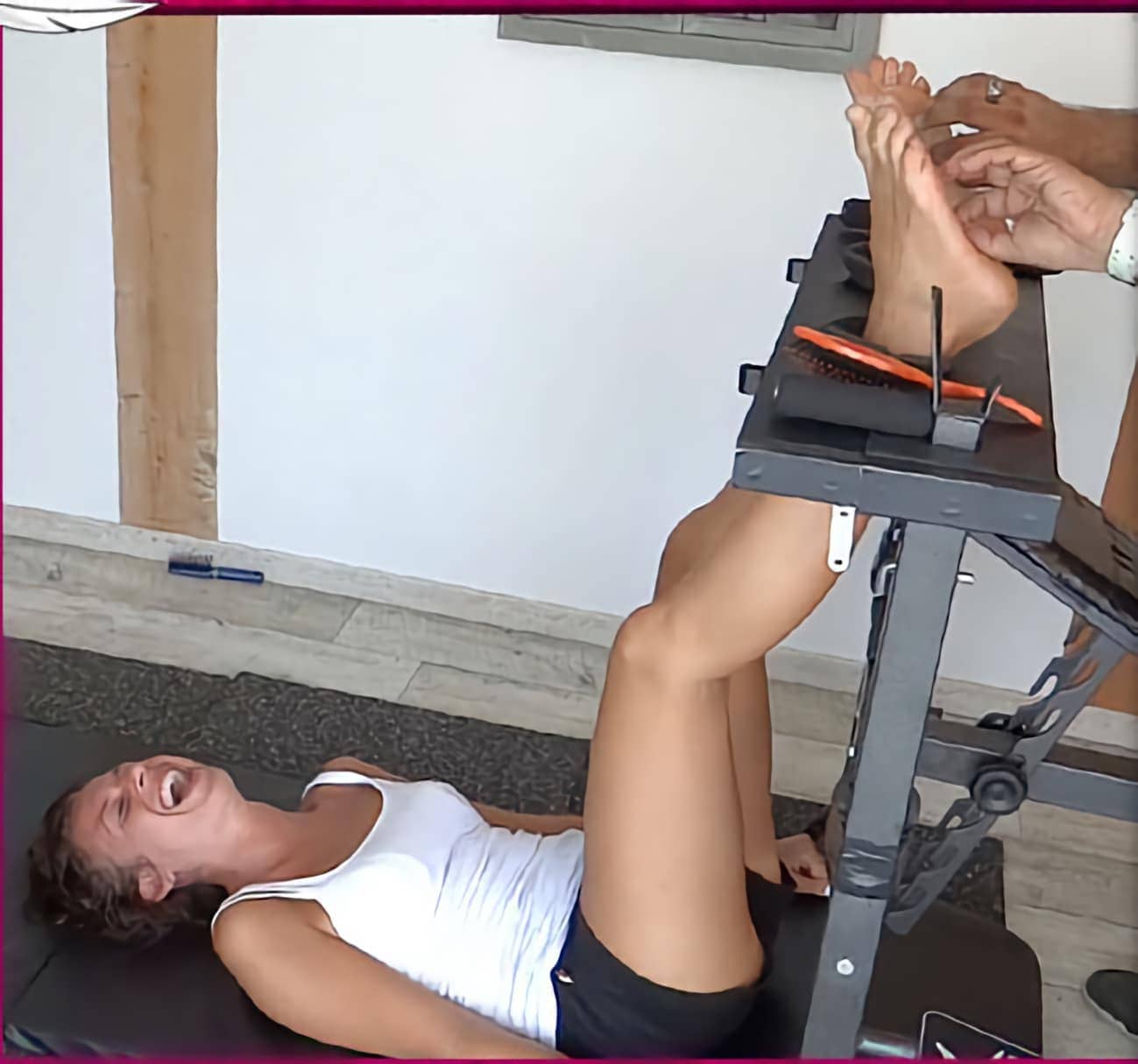 Free Video from LLT : A Glimpse of what to come